They work in low-paying jobs because they have no other choice. 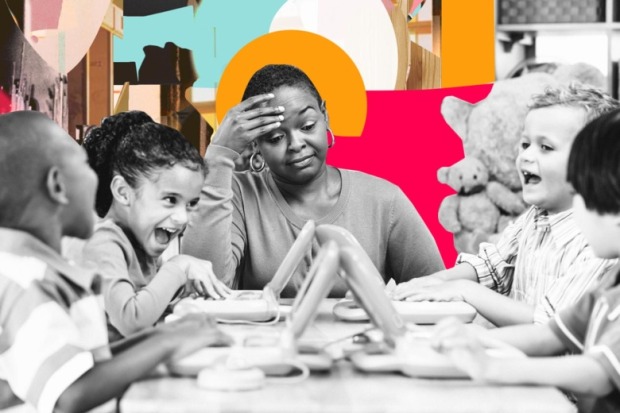 A recent study shows that the global gender pay gap has increased to 32 percent, and projects that at this rate, women will have to wait another 217 years for the pay gap to close. It’s not just your own gender, but the gender makeup of your workplace that predicts your wages. Workers in female-dominated workplaces have been shown to be paid less than other workers. An industry’s pay level even starts to decrease when women take over a male-dominated field.

Some argue that the low pay for women is justified by the fact that ‘women’s work’ is generally less strenuous/hazardless work compared to men’s work, and that, in exchange for lower wages, they have better working conditions—especially those that allow a better work-life balance. Some well-meaning scholars argue that women sometimes forego higher pay to have that flexibility in their jobs—an argument sometimes extended to suggest that women voluntarily “choose” lower paying jobs to facilitate their “life choices”—read: to take care of children.

It is true that women tend to work part-time more than men, but this doesn’t mean they’re actually being given flexibility to set their schedules at work, either in part-time or full-time jobs.

This is what I found in a recently published paper in the European Journal of Industrial Relations. Using data from across 27 European countries, I tested to see whether the gender of the worker, and the gender makeup of the workplace has an influence on workers’ access to flexible working arrangements—namely flexitime—the ability to control starting and ending times of your work. The results show that there were no significant differences between men and women in their access to flexitime across Europe—if anything men getting slightly better access. What’s more, workers in female-majority workplaces had the worst level of access to flexitime compared to their counterparts in male-majority workplaces or workplaces where men and women were equally represented.

The gap was significant: In some cases, working in female-dominated workplaces such as care work, primary education, or places where the work tends to be largely clerical meant you were only half as likely to have access to flexitime compared to other workplaces. This was the case for both men and women in those workplaces, and held true even when other factors such as skill levels, working hours, contract status, and other relevant factors were taken into account. Furthermore, female-dominated workplaces were worse off in terms of flexitime access in all of the 27 European countries investigated. It isn’t just flexitime. I also found similar results for other types of flexible working arrangements such as the ability to take time off work a couple of hours to tend to personal issues.

This isn’t just true in Europe: Studies dating back to the 1990s using data in the U.S. found similar results. So why does this myth of women and workers in female-dominated workplaces having better access to flexible working arrangements persist, despite the facts?

One reason is because of how the debate over flexible work has been framed. Many countries, including the U.K., have introduced the right to flexible working as a major way of addressing work-family issues for workers. Thus many assume that those who are in most need of family-friendly arrangements will be those who are most likely to have access to it. Given that in all countries, women still take up the bulk of the care and household responsibilities, people think they will have better access to these arrangements.

Employers tend to provide workers control over their work when they trust and believe that will contribute back to the company rather than to skive off work. As a result, this control isrewarded only to high-skill workers in top occupations. Since society still holds rather gendered views of men and women—believing that men’s priorities lies in breadwinning while women will prioritize their family life, employers are more reluctant to provide control over work time to women, believing they will use it to care for their families rather than use it to improve their work performance.

So what does this all mean? It means that workers in female-dominated workplaces are paid less, and they are worse off in having access to family-friendly policies that enable them to maintain their careers while meeting demands at home. This may also explain why so many women have to end up working part-time when they have children—it isn’t an unfettered life choice, but precisely because other options that can help them balance work with family lifeare not available to them. They have no other option but to reduce their hours. And in many countries, including the U.S., part-time work is usually accompanied by, you guessed it, lower pay.

A good example comes from a friend who had an administrative job in a predominantly female department. Despite the fact that her work could be done anywhere and any time, her boss would not let her work from home especially if it had anything to do with childcare reasons. This is despite within the same company, in other departments where it wasn’t quite female dominated, working from home was much more easily granted.

What can we do to change this? The example of the U.K. shows that the introduction of right to request flexible working alone does not help to enable flexible working access to workers, especially those who need it most. Employers need to see the vast benefits flexible workingcan provide to their company through recruiting and maintaining their workforce. 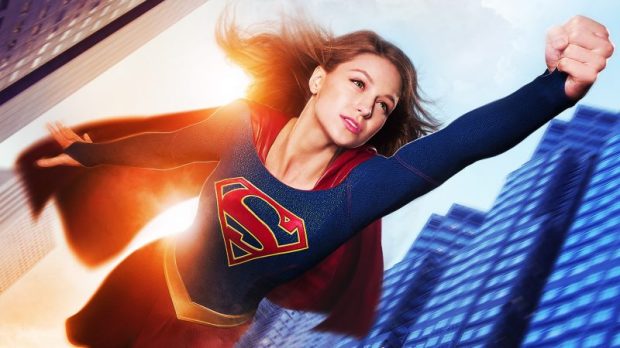 The lunar eclipse on Wednesday January 31, 2018 is at 11 degrees Leo. The lunar eclipse January 2018 astrology centers on an extremely close alignment of the Moon and Ceres. The moon rules women and traditional motherhood, while Ceres rules independent women and modern motherhood.

Lunar eclipse January 2018 will focus attention on single mothers and working mothers. Working single mothers really are super women. The rights and freedoms of women in general are major themes of the January 31 lunar eclipse. Social discussions and political debate in this eclipse phase will include parenting styles, custody rights, maternity leave, childcare and equal pay.

Like a regular full moon only stronger, a lunar eclipse focuses your attention on intimate relationships, your home and your family. A total lunar eclipse has an even strong influence on your private life. Sun opposite Moon qualities of emotions and instincts reach their peak at a lunar eclipse. This lets you take an objective and balanced look at your close relationships. Because you will be in touch with your own needs and intentions, you will clearly see any relationship imbalances causing disharmony.

The January 31, 2018 lunar eclipse falls at 11°37′ Leo Sign. However, due to the precession of the equinoxes, this eclipse is in Cancer Constellation. Lunar eclipse January 2018 sits between two fixed stars in the Crab Constellation.

At 08°58′ Leo Sign is fixed star Asellus Australis on the Shell the Crab. At 13°53′ Leo Sign is fixed star Acubens in the Claws of the Crab. If you believe astrology works on the principle of “as above, so below”, this is a Cancer lunar eclipse more than a Leo lunar eclipse. After all, the astrological meaning of the Constellations were gradually transferred to the newly developed Zodiac over 2,000 year ago. The original Zodiac was only intended to be a coordinates system, “a convenient celestial measuring device, unrelated to astrological activity.” [1]

The Moon is at home in Cancer Constellation, meaning full moon January 2018 will be a very powerful total eclipse of the Moon. Cancer the Crab rules the home and family, mothers, mothering, housework and comfort. It is emotional, domestic, intuitive and sensitive. The Crab, and this lunar eclipse, should make you more caring and responsibility, with a charitable and fostering nature. The Moon in Cancer Constellation is emotional, domestic and sensitive. Cancer and the Moon are more intuitive than logical.

The lunar eclipse January 2018 astrology chart below shows the Moon right next to Ceres. This is an extremely powerful conjunction with only 0°02′ separating them.

The lunar eclipse January 2018 Moon so closely conjunct Ceres will focus attention on the polar opposites of mothering. The Moon rules traditional motherhood, where mom stays home to nurture. Ceres rules modern motherhood such as working mothers and single mothers. Working single mothers really are super women. Sole parent fathers are included with Ceres because they play the role of nurturer.

Many women love staying home while the man goes off to work. However, an increasing number of married women and mothers wish for more freedom to earn their own wage. Sometimes their human rights are denied by controlling husbands, parents, in-laws and religions. Some women are scared of leaving or being a single mother because of the social stigma or lack of social security. In certain conservative religious cultures and countries, women face torture and murder for wanting to divorce or for liking the “wrong” man.

Another polarity you may have to deal with is the shared custody of children. Following a separation there is often a dispute over the sharing of assets and finances. Finding a balance will take some concessions from both sides. However, the tightness of the conjunction between Moon and Ceres gives the main caregiver an advantage in the family law courts.

The Moon or Ceres or both represent the women, mothers, working women and single parents. The Sun represents the dominating men, politicians and religions. The Sun also represents the role of provider as opposed to nurturer. So finding a balance between work and family will be another issue highlighted by the January 2018 total lunar eclipse.

This tense aspect will make you even more emotionally sensitive than Ceres Full Moon in Cancer Constellation will. Too many feelings or conflicting emotions could cause confusion and increasing tension. If this tension continues to increase you may reach a tipping point when you either have to escape or have a melt down.

The same thing can happen because of addiction, infectious disease, misdiagnosis or poisoning. Paranoia and suspicion could lead to mistrust and the poisoning of a relationship. You may even suffer from gossip, scandal, betrayal, loss or disappointment.

This lunar eclipse January 2018 astrology is based on Constellation of Cancer the Crab. Ruled by the Moon, Cancer is the most sensitive and emotional of the constellations. A near exact conjunction of the Moon and Ceres will focus your attention on the rights and conditions of women in traditional families, single women, working women and single parents.

Sun opposite Moon and Ceres means you will need to think about the polarities in your life relating to parenting and the roles of women in families and society. It is time look carefully to see if you have the right balance in your life. Balance between family and work, children and career, or between looking after yourself and nurturing others. The key to finding the right balance is trust and faith in yourself and in your belief system.

If Lunar Eclipse January 2018 directly impacts your horoscope decan you can read about its effect in your monthly horoscope. For more detail about how it affects your natal chart see Full Moon Transits. 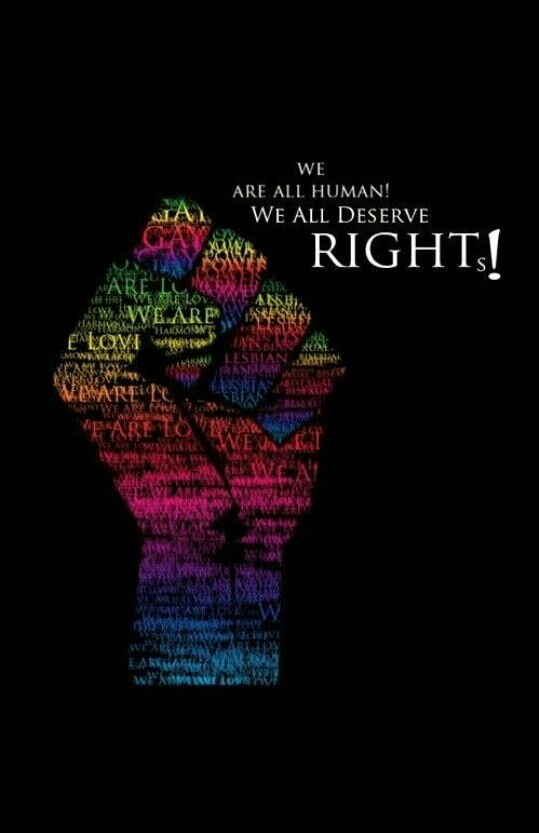 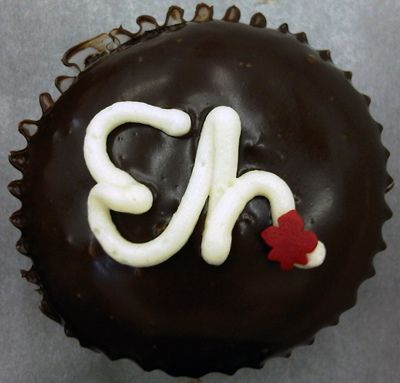 If we knew better would we do better? 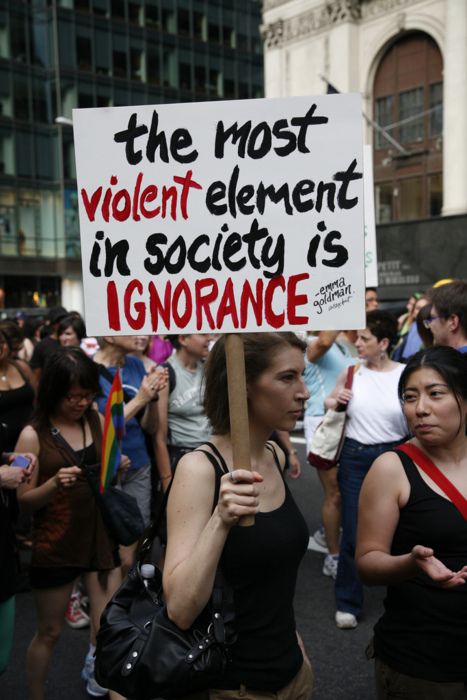 In response to the most recent mass killing in L.A. where the killer claims his motivation is “revenge on all women”, Twitter has a feed tagged #yesallwomen in which the following is just one of the rebuttals women have about being treated as the lesser sex and refusing to be blamed yet again as the downfall of the male ego.

One of the most important things I've ever read. #YesAllWomen pic.twitter.com/gzcsF9NYNA

Knowledge, not gizmos, will make your jewelry work stand out.

NYACHII'S VIEWS OF INNOVATIVE CRAFTS OF THE ARTS

Art and beauty of everyday life